So this is the big one. I will start blogging about development of my indie adventure game: The Bunker. It has been now 1,5 years since I started the development. I have done enormous amounts of work so far, yet a lot remains to be done until game will see it's final form.

Game now contains 60 screens (rooms + mini games + other stuff) which most I have reworked from the original game resolution of 640 x 480 into new and glorious 1024 x 768. What started as a quick and small project has grown out to be fully fledged game. Along the way I've received support, feedback, game design tips, completed a few smaller games in equally small teams and most importantly gained lots of new friends! Shout out goes specially to game development community in Turku and "LOAD" the game dev. club. and to guys from the Rival Games (http://rival-games.com/) who I'll be helping with their project The Detail (go check it out).

For longest time I had a dedicated website for my project with contact information and general info about the project. I decided to replace that website with the blog you now see before you. Thanks to this new website in a blog form I am able to provide you with more constant updates on the development, possibility to comment and contact me easier and screenshots from game! So without further babble, first room of the game: 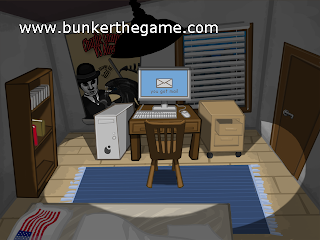