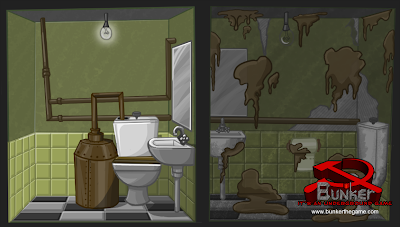 Now that's what I call care free life. Although I think whoever visited the toilet on right side might have some problems with their bowel movement. Or maybe it's the opposite? I know older folks who would kill for such a activity in their backside. We'll maybe they wouldn't be ready for murder but at least willing to part with immeasurable amounts of money. It's dead weight for them anyways.

You know what I can't wait to part with? The next Sunday's picture. It's going to be epic.