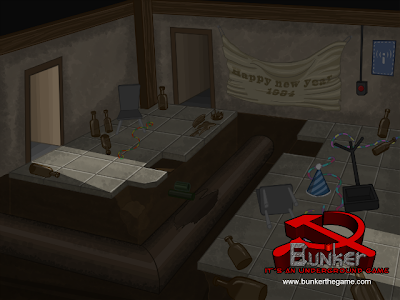 Ugh, what a hangover, what year is it again? Year of lizards it seems. Chinese and their new years and their odd themes, who can figure them out? I sure can't. Can you figure out who left the party hat behind? I bet you can't. Because that party hat contains a terrible secret. Secret that no one but the Illuminati knows and even they keep it from themselves. They did write about it on Facebook once though. Once.

Actually I happen to know the secret and I can share if you promise not to spread the word. Okay? Great. There's something sinister under that hat, something disgustingly horrible, something humankind as a whole disagrees slightly with. It's the next weeks picture.