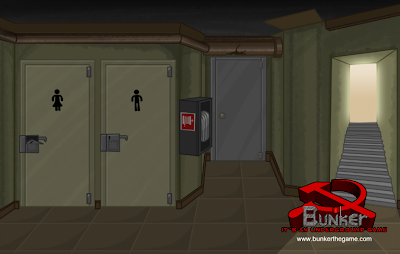 Awe-some and awe more. There's a picture for your galore! Now where did I put those Umpa Lumpas? Oh right there you are, staring at your computer/smartphone/tablet/window screen. Missed me? Well then aim better next time so you don't look such a goof, I've began to think I am far too mean to you guys. After all it is you who read these things every Friday and I really ought to thank you for all the fanaticism (thank god for spelling correction, that word almost had me!). But I don't, because I am un-thankful even for the greatest fortunes in this life. Blame my traumatic childhood in the playboy mansion and 25 stepmothers who were ever-so-violently trying to be kind and caring to me despite of being same age as I am (18 during the time). Yes I had a horrible childhood and that's why I am making this game to vent out all the anger and all the disappointments in my life. Deep down I just... I just... want to crawl back up, because I don't like it deep or down. Shallow and up is really my kind of thing. Or left and neutral but that's for the other time. As is next Sunday. Next Sunday is not for this time, it is for next time, which just happens to be Sunday of May. Just kidding it's the next Sunday.

Is there such a thing as a up-syndrome? I might have one of those. At least if it means being always happy.